Captivating audiences with his performances, his charisma and his amazing virtuosity, Frédéric Moreau is regularly invited to many festivals, in prestigious concert halls around the world and has become one of the most prolific French artists of his generation with over one hundred concerts as soloist each year.

Frédéric Moreau is a laureate of numerous international competitions and started his solo career at the age of eighteen. He is a first prize winner of violin and chamber music, and is a “3ème cycle" graduate of the most selective soloist programme at the French National Conservatory of Music in Paris (Master and PhD). He has studied violin with masters such as Jean Fournier, Michèle Auclair, Régis Pasquier, Tibor Varga, Yehudi Menuhin...

He is musical director and soloist of the prestigious chamber orchestra "Les Violons de France" for whom he has arranged numerous works placing the virtuoso violin centre stage.

With his eclectic tastes, Frédéric Moreau has approached all styles of music and brings to life the violin repertoire ranging from baroque to contemporary. In addition, he is a fervent promotor of the music of the most charismatic virtuoso violinist of all time: Niccolò Paganini, whose magic he loves reproduce for the public.

Frédéric Moreau is also passionate about chamber music and is a member of the Perpetuo Duo, the Solstice Trio and the Goldoni Quartet. He has played with partners such as Nicholas Angelich, Francois Leleux, Roland Pidoux...

His teaching expertise and passion for music are demonstrated by the master-classes he holds around the world.

He has made numerous recordings, including: Beethoven's violin concerto with the Munich Symphony Orchestra; a disc entitled "Hommage à l'Europe" which was nominated for best classical music recording at the "Victoires de la Musique" in 2000; a "Virtuosity" disc (including works by Paganini, Sarasate, Bazzini, Saint-Saëns...); a disc of Vivaldi's Four Seasons; a violin & harp disc (Duo Perpetuo) with Béatrice Guillermin; a DVD with the "Solstice Trio" (Beethoven, Mendelssohn, Rachmaninov).

Frédéric Moreau has the privilege of playing a 1749 Giovanni Battista Guadagnini violin. 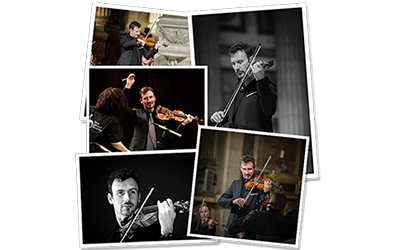 To get the pres kit, please contact Nathalie Sainseaux: contact@fredericmoreau.com

Frédéric Moreau has participated as soloist in numerous recordings, including:

You can purchase the « Vivaldi » CD & and the « Violin Virtuose » CD autographed!

CDs will be sent directly to your address without extra cost !
Payments by credit cards, Paypal and cryptocurrencies (Bitcoin, Bitcoin Cash, Ethereum, Litecoin) 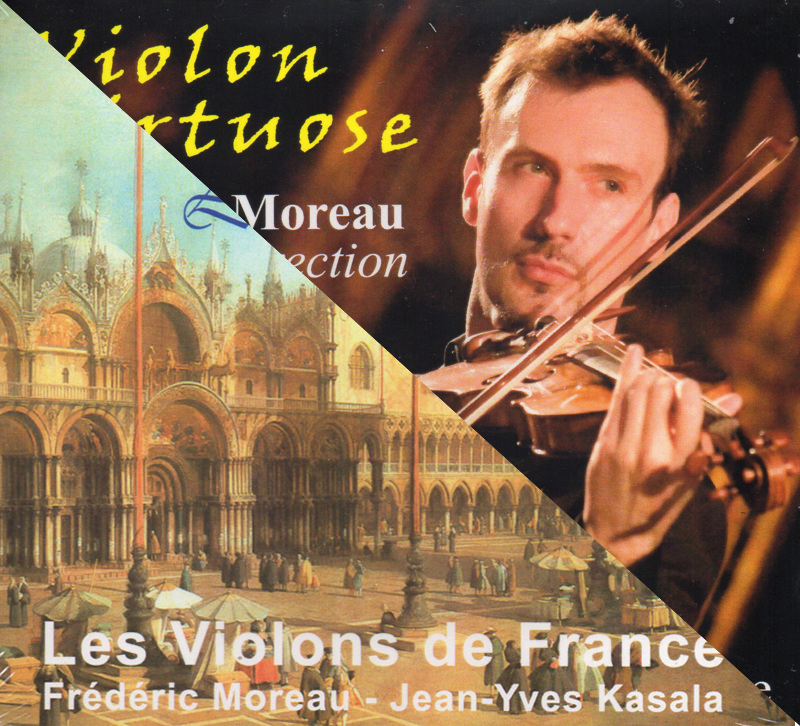